A day in Glasgow with Laura 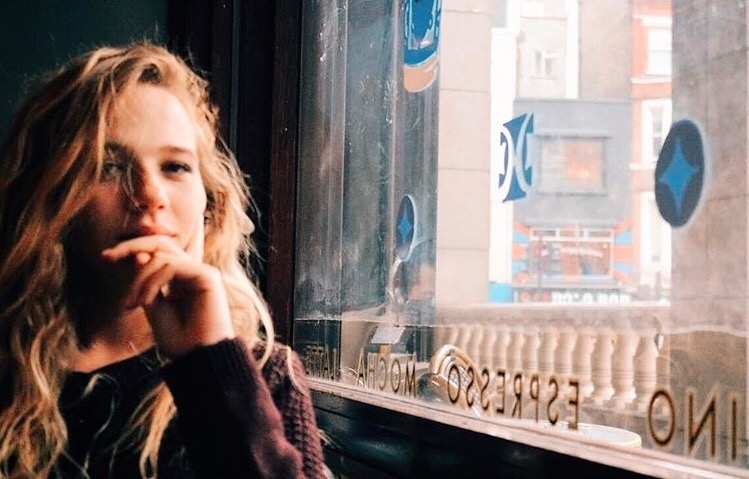 I am @laugs14, an architectural assistant at a studio in Glasgow - the city where I have studied and lived for the past 4 years. I like to think of Glasgow as a diamond in the rough since it tends to fall under Edinburgh’s shadow. In truth, Glasgow is much livelier, creative and youthful and I rave about it whenever given a chance - like just now, for example!

A typical Scottish breakfast is not dissimilar to an English breakfast - except for the addition of a square sausage and potato scones. For a true Scottish breakfast, you’ll probably want to head over to Browns in George Square. That being said, I sway more towards brunch at Kothel GWR, where you can find affordable and exotic options (none of that avo-toast stuff!).

Then, If I still don’t have the shakes and crave yet another dose of caffeine, I would head to Black Pine Coffee for some carefully brewed grains on a cozy window seat - an ideal spot to watch the young, student population of Glasgow's West End stroll by.

Where is your favourite place to grab lunch?

Paesano is the reason my family considers me the ultimate pizza snob - but the thing is once you try one of their pizzas your tastebuds will never be the same. I used to think people were exaggerating, but the truth is, this pizza joint ranks 8th in Europe and is actually pretty cheap (their best pizza costs only 6GBP!).

Although be weary because the place is always - as glaswegians put it - pure jumpin’, meaning pretty-darn-busy.

What is the ideal afternoon activity in a city like Glasgow?

For me it's a combination of walking and window shopping.

I would head over to the Southside of Glasgow - just one stop on the train from Central Station - to visit the contemporary art museum Tramway. From there, I would meander around Queen's park and the boutique shops nearby with a mandatory stop at Aperçu for some plant shopping or Wild Gorse Pottery for some state-of-the-art ceramics.

Where are the best places for dinner?

If you eat meat and have a bit of a budget you're going to want to book a table at Miller and Carters. They know how to cook their meat exceptionally well, although that is pretty much all they serve, meaning vegetarians and vegans are probably going to want to skip this one out.

Another one of my top choices would be Ubiquitous chip in Ashton Lane - I always thought it’s exterior looked rather average, but its inside hides a fairy-lit winter garden which resembles Parisian Pink Mama’s top floor (if you know - you know). And although I may be swayed by some good interior design I can confidently say the food does not disappoint either.

In the evening, what is the city like and where do you find yourself?

A night-out, per say, tends to start early.

In an ideal scenario, where inconveniences (such as money) can be ignored, I would start off with a cocktail at The Spiritualist. Never have I seen such a varied and surprising cocktail menu, or bartenders that know their drinks as well as they do here.

I would then migrate to Swing, which requires a previous reservation and is an underground jazz/swing music venue. It very much resembles what I imagine a 1920s intimate gathering looked like, with bow-tied bartenders and the likes of such. It’s also noteworthy that one of the guys behind the bar is an ultimate cocktail connoisseur which once prepared me a cocktail from a list of adjectives I gave him - so that’s a whole other level of cool.

In terms of clubs, I would end up at Polo - Glasgow’s finest queer night out and the best place to un-ashamedly sing a Taylor Swift song at the top of your lungs, without getting stared at.

In a busy city like Glasgow, is there anywhere to chill?

I recently discovered Pollock Country Park - a vast green space only two stops from the city centre which feels like being in the middle of the country-side - hence the name. Particularly for anyone short on time to discover the Scottish highlands, I recommend heading here for a small taster of Scottish greenery. On your walk, stop by the café for a mandatory tea and scone, which I recommend you eat al fresco in the back garden looking out onto the fields. Hopefully you won't be too cold!

What is there to do for something fun and different?

Head to Sloans in the city centre for a Friday night ceilidh! Ceilidhs are a traditional Scottish dance event, which comes accompanied by a band and a whole load of whiskey. Most of the time, Ceilidhs are held at special events such as weddings or graduations, but Sloans offers one every Friday.

If you manage not to throw up after the many many dancing spins and the booze, you will thoroughly enjoy a good old Grey-gordon’s dance.

Where is the best place to stay/sleep for young travellers?

This is a tricky question, because from what I have heard Glasgow does not offer a wide variety of good hostels/cheap accommodation.

Despite this, I would probably try finding a place to stay near the City Centre, such as Hotel Ibis Styles in Miller Street. I know the Glasgow School of Art transforms their student accommodation into a hostel during summer, which is probably worth checking out too.

What season would you recommend visiting?

Summer, but purely because otherwise you risk catching a miserably rainy day. When the sun comes out, Glasgow is one of the most beautiful cities I have ever seen.

Is Glasgow best for a family holiday/friends holiday or couple holiday?

Although I think Glasgow can be any of the above, I would suggest a friends or couple holiday. The city has a lot of opportunities which might not always be kid-friendly and it would be a real shame to miss out on some of the great concerts, nightlife and cocktail bars!