A day in Hamburg with Joni 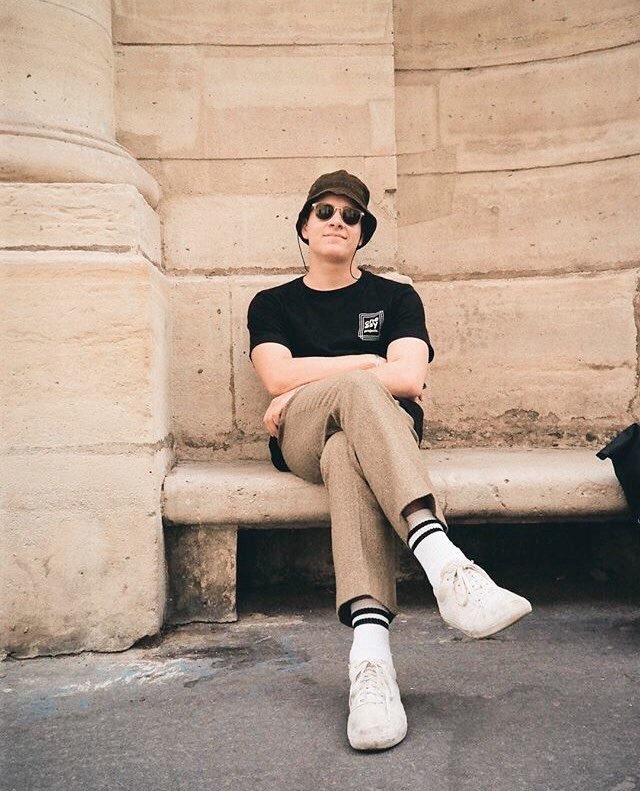 Meet Joni (@joni_ltm) , a keen traveller, he has found himself all over the world for education, work and fun. But there really is no place like home, which for Joni, is Hamburg, Germany where he was born and raised. We sat down with him to get the local insight into Hamburg’s top places to soak in some culture, grab a beer, escape the noise, and party hard.

‍A while ago I worked in a bar called Strandpauli, it is pretty much on the River Elbe which consists of a large beach-like area and very chill vibes. It offers a great breakfast menu with lush views of the harbour front. Otherwise Hamburg has loads of bakeries, and if the weather is good enough I would get some pastries and eat in one of the many parks. On Sunday mornings after a night out I would go to the fish market which has loads of stalls near the river, it has an insane atmosphere not to be missed!

How would you spend an afternoon? Where is a good place to find some lunch/dinner?

‍The district called Schanze is Hamburg’s hotspot for little bars, restaurants and cafés. It is super central and the neighbouring districts have always got cool things going on as well. In the afternoon, you can go on a stroll and find yourself in a park, a flea market or in a gallery without noticing. People usually go just to hang about and it’s got a nice sense of local identity to it especially because it's super diverse and there are Italian places next to Portuguese cafés and so on. On a day well spent you could go from a flea market by the Feldstraße train station, to going through little shops, sitting in a park to top that tan up with loads of good food and fairly cheap drinks.

In the evening what is the city like and where do you usually find yourself?

‍On a summers evening, the city is filled with people going for afterwork pints and all bars in the inner city or the Schanze are filled. Hamburg has a big lake called The Alster and a big park called The Stadtpark which are really nice for a barbecue or to play some footy as the sun winds down. They’re rammed during summer but its still possible to find your own place with a group of friends. Both of these places allow for a quick dip if you’re brave enough, and you will often find some sort of informal live music playing.

My favourite thing to do is to find one of the many open air techno events in random places across the city. A club called Pal for example, organises a weekly techno & table tennis event which is sick. Otherwise, these kind of events tend to be like a twenty minute tube ride away but you’ll be in a cool old industrial area dancing it away to some really good music. In terms of Hamburg’s nightlife, there is a main district called St. Pauli which is probably one of the biggest areas of nightlife in Europe. You can literally get everything from hardcore techno to jazz along a super popular street called the Reeperbahn. However, the nicer bars and clubs tend to be on neighbouring streets, if you walk around for a bit you’ll find what you need! Try a local shot called Mexikaner (Mexican) and let that spice up your night!

In a busy city, is there anywhere to chill?

‍Luckily Hamburg has a great network of public transport so you can escape the city easily. The two parks mentioned earlier are nice for that, but you can also get the bus to Övelgönne which is a stretch of beach along the River Elbe. However, there are parks all around the city and they all offer secluded places to chill. For the organised people among us, there are nice art galleries or museums such as the Deichtorhallen or Kunsthalle which are fairly empty in the mornings.

Is there anything fun and different in your city to do/ see?

‍Most tourists go to our new Elphilharmonie, (concert hall), right at the Harbourfront and although it's worth a visit, it tends to be packed. I would rather hop on one of the many harbour tour boats and see the hall, and the city, from a different perspective. These little boats offer a variety of different tours and it’s nice to see the skyline from a different point of view! Other than that we’ve got loads of fun events throughout the year from street parades to jam sessions in someone’s basement.

Where is the best area to stay/sleep for young travellers?

‍Especially for young people, i would recommend to stay in most of the all the areas we’ve talked about earlier like Schanze, St. Pauli and Altona, these are the areas with the most going on for younger travellers looking for culture and nightlife in one hit.

What season would you recommend to visit?

‍It’s probably best to come between May and end of September because that’s when the weather is at its best and you get to participate in all these events. For example, we celebrate the Harbour‘s birthday in May every year and that’s a massive celebration of music, fireworks, food and boats.  These months can offer you the best of Hamburgs culture and events.

Is your city is best for family holiday / friends holiday / couple holiday ?

‍The city can offer something for everyone from everywhere. As a family you can visit loads of family friendly museums or activities. For example, the zoo is cool or in the Speicherstadt you can go to the Miniatur Wunderland which is extremely popular for kids.

Friends can also have their fun here, especially if they’re keen for a good night out. That brings me back to the breakfast: on your way home from a night out you should visit Erika‘s Eck which serves traditional food made by a little grandma pretty much 24/7. For couples it’s not Paris or Rome, but get yourself a bottle of wine and climb up the hill behind the train station Landungsbrücken and you’ll find a sunset that is incredible!