A Taste of Paradise 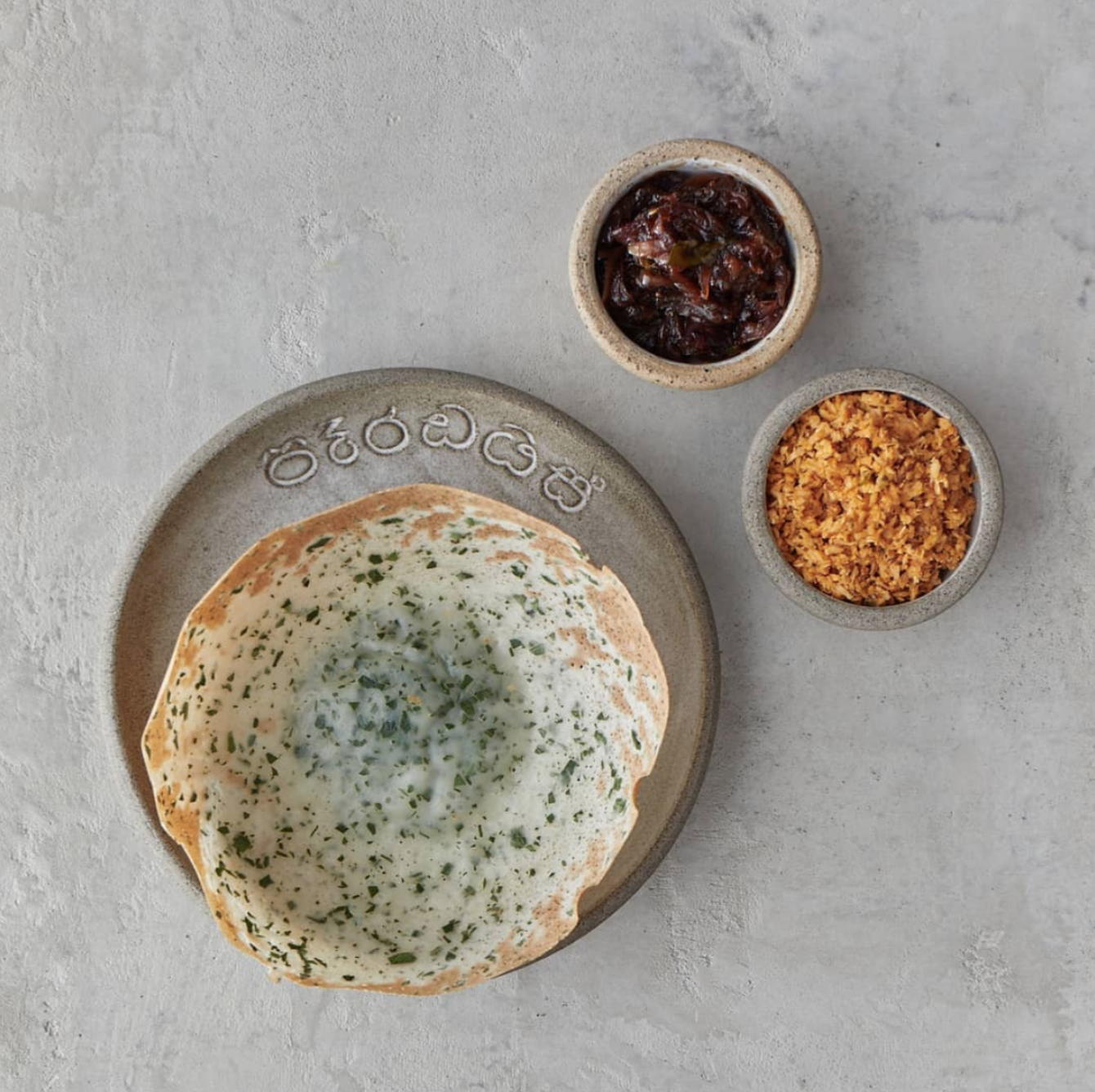 Nothing else less than being ahead of the curve would be expected from the bustling London food scene. As such, every time a new trend comes under the radar, countless restaurants and pop-ups start emerging in the streets of the hippest neighbourhoods. Now, the streets of Soho are filled with “everything tapas” - small plates to share.

It is hardly innovative the concept of sharing food, but there seems to be a newly regained love for it. The times of “Joey doesn’t share food” are long gone. Numerous studies have shown the benefits of sharing food: it improves morale and mental health, socialization skills and helps build trust in the people you share your meal with. There is a whole lot of trust to be gained before sharing dessert…

Paradise is one of London’s newest acquisitions, and if the concept of Sri Lankan Modern Tapas was not interesting enough, it has made every list of hot new places to try in 2020. Obviously, we had to go and see what all the fuss was about.

Saturday night in Soho, where restaurants that take reservations are rare creatures. At 7.50 I met my foreseen destiny of a one and a half hour waiting list for a table for two at Paradise. Taken aback by the time, we decided to look for another place, but our faith in Sri Lankan food grew stronger when other three less hyped places gave us similar waiting times after the nod of disapproval of ‘you don’t have a reservation?’. (No, I’m sorry, we couldn’t get other six of our closest friends to come to be able to make a reservation… Most places only accept reservations for groups bigger than 5).

Notwithstanding, we had a drink at a crowded pub waiting for the miracle sound of the text message saying ‘Hi SANTOS, your table is ready’. At 9.15 we were being sited at the window counter table of Paradise.

When entering, we were met by the host who was incredibly nice, telling us about the concept of the space, which was inspired by, famous Sri Lankan architect, Geoffrey Bawa, who developed the concept of bringing the outside inside. This can be seen on the micro-concrete walls and the cement mosaic floors. The wooden trusses on the ceiling are disposed in a way to make you feel like you are on a terrace under the scorching sun. It is a mixture of minimal brutalism with tradition. This explanation ended with ‘Just like in Sri Lanka’, from what I got a whisper in my ear from someone who has been in Sri Lanka ‘I can guarantee you it looks nothing like this’.

Sri Lanka with a taste of Bali in bustling Soho adapted to European taste, I believe on that we can agree on. The food is inspired by Portuguese, Malay, South Indian and Dutch cuisines, as these peoples have passed by Sri Lanka throughout history. The menu is all about the concept of sharing and ordering multiple plates in order to get a better taste of everything. The vegetarian and vegan options are plenty, and hardly anything has gluten, the restaurant is suited for all dietary plans. The drink menu is also diverse, displaying original cocktails and a good wine list. I had a glass of wine, he had a cocktail - a good french white and a remake of a piña colada, that was actually not bad for someone like me who doesn’t like sweet drinks thanks to the addition of spices.

We decided to order both hoppers, which would be better described as bowl-shaped coconut milk pancakes, the caramelized onion sambol (similar to a chutney) to go with it, the Northern turmeric dahl and the Roasted baby squid curry. Naively, we didn’t read the small letters at the end of the menu that said: ‘Some of our dishes are very spicy.’

Having never had a hopper before, I was pleasantly surprised, and was met by a non ironic appreciation of ‘Just like in Sri Lanka’. They were both tasty, but the egg one was my favourite, because who doesn’t love a liquid yolk center? As for the sambol ‘that goes with it’, we were both trying not to lose face in front of the other when discussing what we described as ‘fairly spicy’ and having half of our drinks in one go. It was delicious, if you could get over the spicy factor.

As for the curry and the dahl, they were quite different from the traditional Indian ones, nevertheless mouth-watering. The sauces were very creamy and were bursting with flavour. The perfect bite consisted of rice drowning in sauce, a piece of squid on the side and a gentle bit of the hopper on top. I swear I tried adding the sambol, but I gave up after a few bites. All the food was extremely well prepared, you were able to feel every flavour in each dish and the presentation was equal perfection.

For the cherry on top and to cleanse our palates of the intense flavours, we took a dive in the dessert menu. All the desserts are very balanced, not ever being too sweet and with a good combination of textures. While not having a very sweet tooth myself, the buffalo milk ice cream was delightful, it has quite a unique taste and paired with the crunchy cashew brittle, it creates a very pleasant feeling when dissolved in the mouth. This is one of the times I have to say dessert was needed as a final touch in this consistently powerful food journey.

This place is worth the buzz, it is different from most fusion modern cuisines and celebrates the under explored dishes of Sri Lanka that are genuinely worth a try. The price range is fair, with drinks, dessert and enough food for two we could not have been happier to pay £28 per person for such a lovely meal. Worth another visit if being up for bearing the wait.
‍