All the museums in Paris you’re allowed to skip, and those you’re not 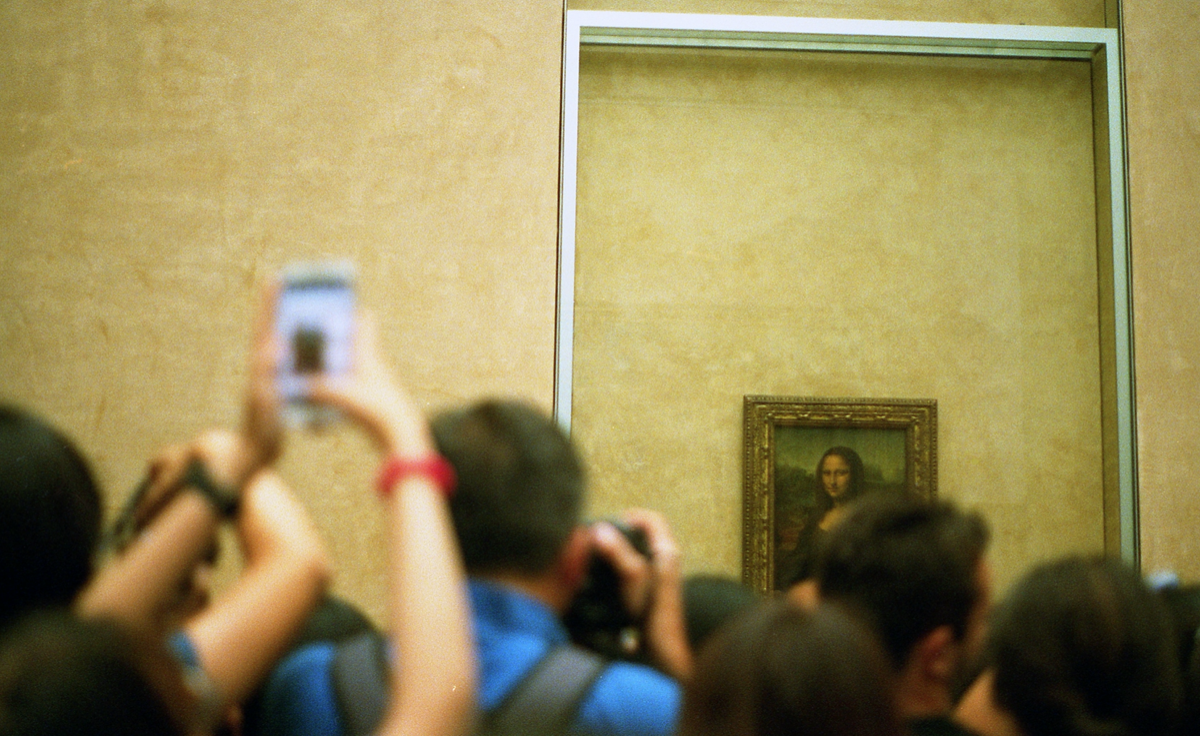 Visiting Paris and not going on a museum trip is somewhat like eating your fries without ketchup; its dry, tasteless and leaves you with a burning desire for more. With European students being granted free entry in près-que everywhere you go, the following is a list of the museum’s I’ll personally forgive if you skip and those you most certainly cannot miss.

‍It’s time we admit something about the Louvre

‍Although I have never actually been one to enjoy gawking at classical art in an overcrowded museum, living in Paris gave me the chance to visit enough of them to make me think I know what I’m talking about when it comes to the Italian maestros.

And so I’m telling you this; the Louvre is, quite frankly, overrated.
‍

Here’s the deal. The Louvre is beautiful - very apparently so - but it is also one of the most visited tourist attractions in the whole of Paris. This means queues, crowds and a whole load of other inconveniences which make it all the less chic and ideal to visit. Not to mention that perhaps the only painting you can name is a thousand times smaller than you thought, or the fact that there is just so much to see that you can’t quite appreciate it all in one go.

Instead, I recommend you cross the Seine and head to the Musée D’Orsay for an equally admirable collection of paintings, amongst which you can find some Van Gogh and Gaugin masterpieces. Don’t expect this museum to be quiet either but at least you can take refuge at the museum restaurant, which I like to think is the most renaissance-looking place in the whole of Paris. Be wary, there's the café and then there’s the restaurant, and although both are stunning, I highly recommend heading to the latter.

Pro tip for those not wanting to spend much? Head over during mid afternoon and ask for the “pattisserie et boisson” deal -  10EUR for some French goodies and a warm drink.

‍Here’s to the contemporary art-lovers

‍Something which I can definitely talk more about - which is a lot more up my street - is modern art. Although you might think of Paris as an old city, the capital holds its fair share of contemporary art galleries. At the epicentre of this whole plethora of museums is the Pompidou, a building which is art in itself. It hosts a permanent collection as well as visiting exhibition spaces, concerts and workshops. Mark it as a must-see in your Parisian bucket-list, but only if there’s an exhibition going on that you find interesting - otherwise there’s perhaps more thrilling places to visit.

One of such places is the Palais de Tokyo.

Exhibiting a variety of art-forms, the Palais de Tokyo attracts a young, vibrant, hip crowd. From the skaters at the entrance to the young professionals stopping by for happy hour at the bar; Palais de Tokyo is the place to be.

Although I found its exterior slightly off-putting (perhaps because its facade is loaded with classical elements which give zero indication of all the modernity inside), I really regret having discovered this place so late during my Parisian adventures. It doesn’t attract the hurried tourist - after all, it's not usually on the itinerary for first-time Paris visitors - but that makes it all the more interesting. You can just tell that the people are not there out of obligation (unlike at some other big-name-museums out there) but out of interest.

‍For those looking for the best value for money

‍So, in Paris, big and wealthy brands do this thing where they hire a famous architect to design an extravagant building that houses the brand’s impressive collection of art work. Two of these are the Fondation Cartier and the Fondation Louis Vuitton, which unlike the government owned museums, charge students for entry (usually around 14EUR).

Since they aren’t exactly on the cheap side, I figured they would house a pretty large collection (or at least equally as large as any museum I was not having to pay for). At Cartier, I was surprised at how little the venue was actually exhibiting, although I did come across some impressive, slightly lesser known artists. I was left a little nonplussed, and although I am certainly glad I visited, I would not recommend it to someone with a limited time availability in the city of love.

Fondation Louis Vuitton, on the other hand, blew me away. Don’t get me wrong, I’m not a particularly big fan of the building (it's designed by Frank Gehry - a pretty big name in the architecture world), but the whole experiencing of the museum just feels right. I may have sat through 3 years of an architecture degree (and still have plenty more to go), but it doesn’t take much to appreciate how impressive it is that the building is actually still standing. It almost looks like it shouldn’t and yet there it is, looking as graceful as a ballerina. It sits a little further than where your average tourist might venture but I can guarantee it is worth the trip, and once you’re done visiting the museum you’ll be glad to know there’s a rooftop café to treat yourself to a wonderful café au lait.

‍Have I mentioned I studied architecture yet?

Jokes aside, I feel I have a bit of a duty to comment on the Musée de L’architecture - and not to say anything particularly notable about it. The thing is, if you’re in the French capital, there’s plenty of architecture to see pretty much anywhere you go. A simple walk in the streets and you’re practically already drowning in a river of rennaissance and rococo buildings. And that is precisely why I suggest you skip this museum and go building-spotting on the streets instead.

One of these is the Villa Savoye - a building important enough to be studied thoroughly by most architecture students and raved about by lecturers. Don’t let the short train ride discourage you, the Villa Savoye is a hidden gem nestled amongst the Parisian outskirts which is bound to make you understand an important piece of architectural history.

‍For most of the museums I have mentioned up until now, I have been able to give you an overrated option as well as another one you should visit instead. The truth is, when it comes to smaller, lesser known art venues I’m a believer that you should visit them all to find what curators and artists appeal to you on a more personal level. A succinct (but most certainly not complete) list of where you could start off includes; Yvon Lambert, Modus, Le Doc, Thaddaeus Ropac or Galerie du Jour.

‍So there you go - next time you go to Paris skip the indecisiveness and head straight to the spots I mentioned. You will not be disappointed!