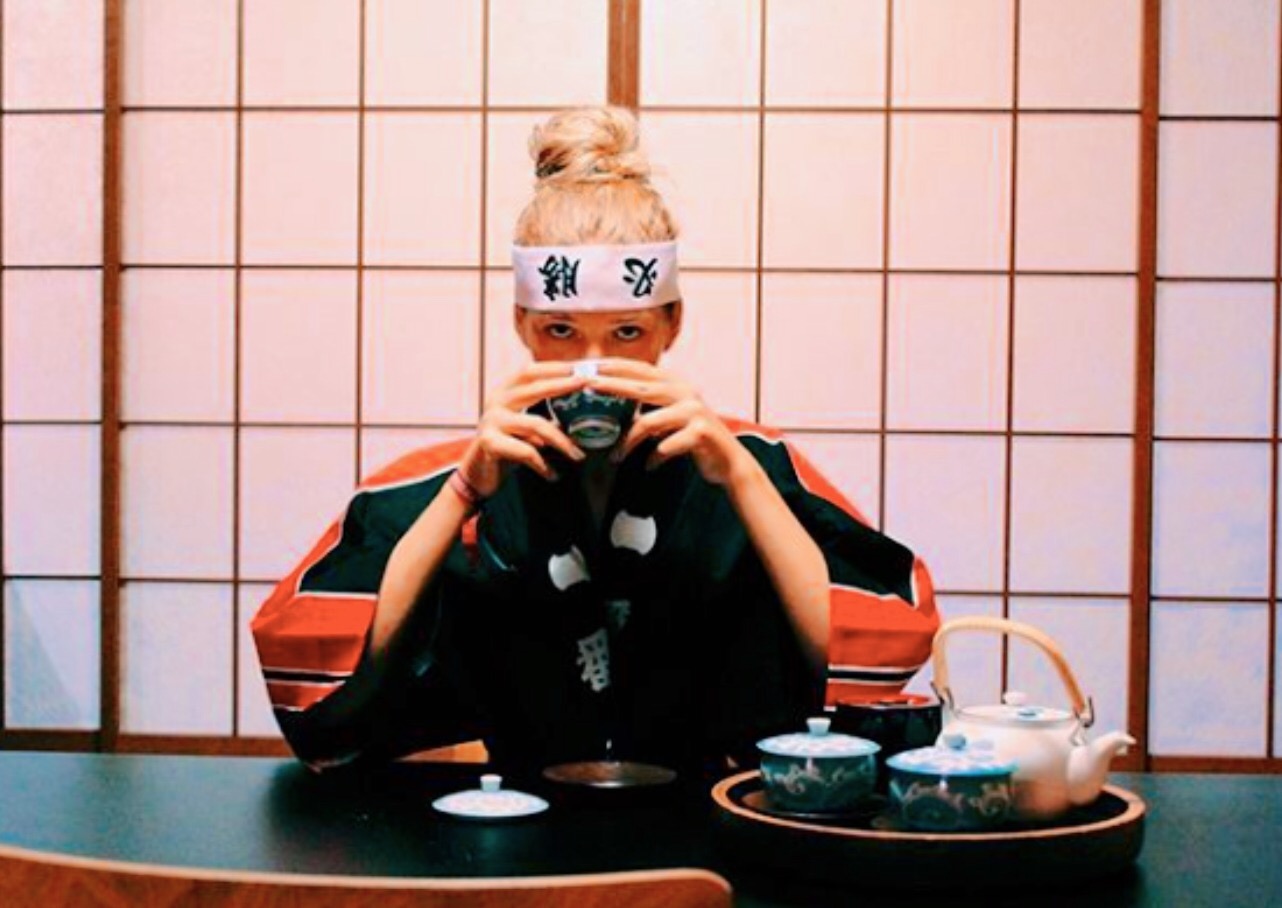 If you scroll down my instagram for long enough, you’ll find around 16 or so photos posted (once a week, religiously) from my Japan travels. They show just a snippet of what is likely a total of around 2000 photos my family and I managed to take during a three week long trip around a bunch of different cities in Japan (namely Tokyo and Kyoto).

Japan was the ultimate culture shock; vending machines selling full on dinner dishes, neon signs, lots of people and a vibrancy like no other. I was young, and probably a whole lot more impressionable than I am now, but I just remember how utterly different everything was.

This was also around the time of my 16th birthday, a date where girls celebrate with big helium-filled number balloons and the occasional cheeky sip of beer if their parents are liberal enough. I, on the other hand, was set to spend my late teenage birthday at none other than a naked Japanese bathhouse.
‍

And so we set off, taking a train to a town in what felt (and probably was) the middle of nowhere. We were the only westerners at the station, which granted us disguised looks from anyone around us and prompted a lovely couple to offer their help in finding where we had to head to next. This whole interaction was carried out in english, and seeing as I am the most fluent in my family, was a duty assigned to yours truly.

From the train we hopped onto a bus which displayed the names of the different stops in a fluorescent screen - no english translation, unlike pretty much everywhere we had been to before.

What followed was a game of “find the differences” where we tried to match the Japanese writing in our booking.com confirmation email to whatever showed up on the screen.

Low and behold, we arrived at our final destination.

There are countless things which impressed us from both Japan and the particular Ryokan hotel we stayed in but if anything stood out was the hospitality and kindness of every single person we met along the way. When we first entered the hotel, we were immediately asked to remove our shoes (this is common practice in houses in Japan as well as most hotels) and got given slippers.

Now my family and I have big feet. My feet are, matter of fact, too big to find my size on your local Zara shop. And so this lovely old man handed us special slippers reserved for his western guests and and a yukata, which essentially is a Japanese robe.

Our room consisted on two spaces, partitioned by a translucent paper wall which opened and closed to reveal a low-rise table with Japanese treats. The entirety of the room was covered in floor tatamis, which we were instructed not to step on with our slippers. But our beds were nowhere to be seen. Our host explained the futons would arrive after dinner, and that we should be all set to enjoy our bathing experiences from then onwards.

The bathing experience starts off by separating men and women - which as a young and naive teenager I was helplessly glad for because the first thing one has to do is strip down naked. No bikini for bathing suit; just full on, wildly, nude. So off we go, this nude version of myself and my mother, down into what looked like an indoor swimming pool area with a massive floor to ceiling window facing the garden at the back. At the corner of the room were some shower heads, a stool and toiletries to perform the pre-bathing cleansing ritual my mother and I had read extensively about before arriving.

I’ll spare you the details about how relaxing the whole experience was, but I have to admit that after overcoming the initial awkwardness about being nude, the whole thing got so much better. We got to experience different pools, mind our own business and have an all-round extraordinary experience.

But it was in no way finished.

In ryokans, dinner and breakfast is huge, as well as the perfect opportunity to savour authentic Japanese cuisine. Theres a set time, and the room we went to consisted of three or four tables already laid out with small dishes that were nothing like what I had ever seen before.

The situation was slightly hilarious - we had absolutely no clue how to go about eating what we had in front of us. The little fire suggested some things had to be cooked, but we could not tell which ones. Some dishes were arranged in fancy plates. We couldn’t even tell what was edible.

‍After feeling the most western we had in the entirety of our trip, a waiter came over and demonstrated (using me as an example) how we should go about having our meal. Some things (forgive me for the lack of descriptive words, but I cannot for the life of me identify what the different things were) had to be dunked into sauces and cooked with boiling water. Others you had to pair with rice, or vegetables.

By the time we arrived back to our room, our futons had been laid out. I have to admit, I was mildly skeptical that something so thin could provide a good enough sleep, but I was pleasantly surprised - I slept like a baby.

In the morning, we revisited the small room where we had been served our dinner the night before. This time, our table was set up with our breakfast, which looked strikingly similar to our dinner. I recall fish soup, rice and a myriad of other things which I, for one, had never eaten for breakfast. Although lovely, having fish as my first meal of the day felt strange and I missed a piece of toast or any other carb-based treat as my last and final experience in the Ryokan.

You may wonder if I would ever go back - if it was more of a once-in-a-lifetime experience or wether I felt the relaxation benefits of a traditional Japanese bath house. I don’t have to think twice; I would be there in a heartbeat. The combination of setting, tradition, introspection and even the very act of being naked and bare was unlike anything I had ever experienced. Yes, there was an undeniable factor of it being something new and exciting to us, but it still felt like taking a breathing moment from the outside, hectic world.