Out of Quarantine: I went to a restaurant for the first time, I’m still recovering. 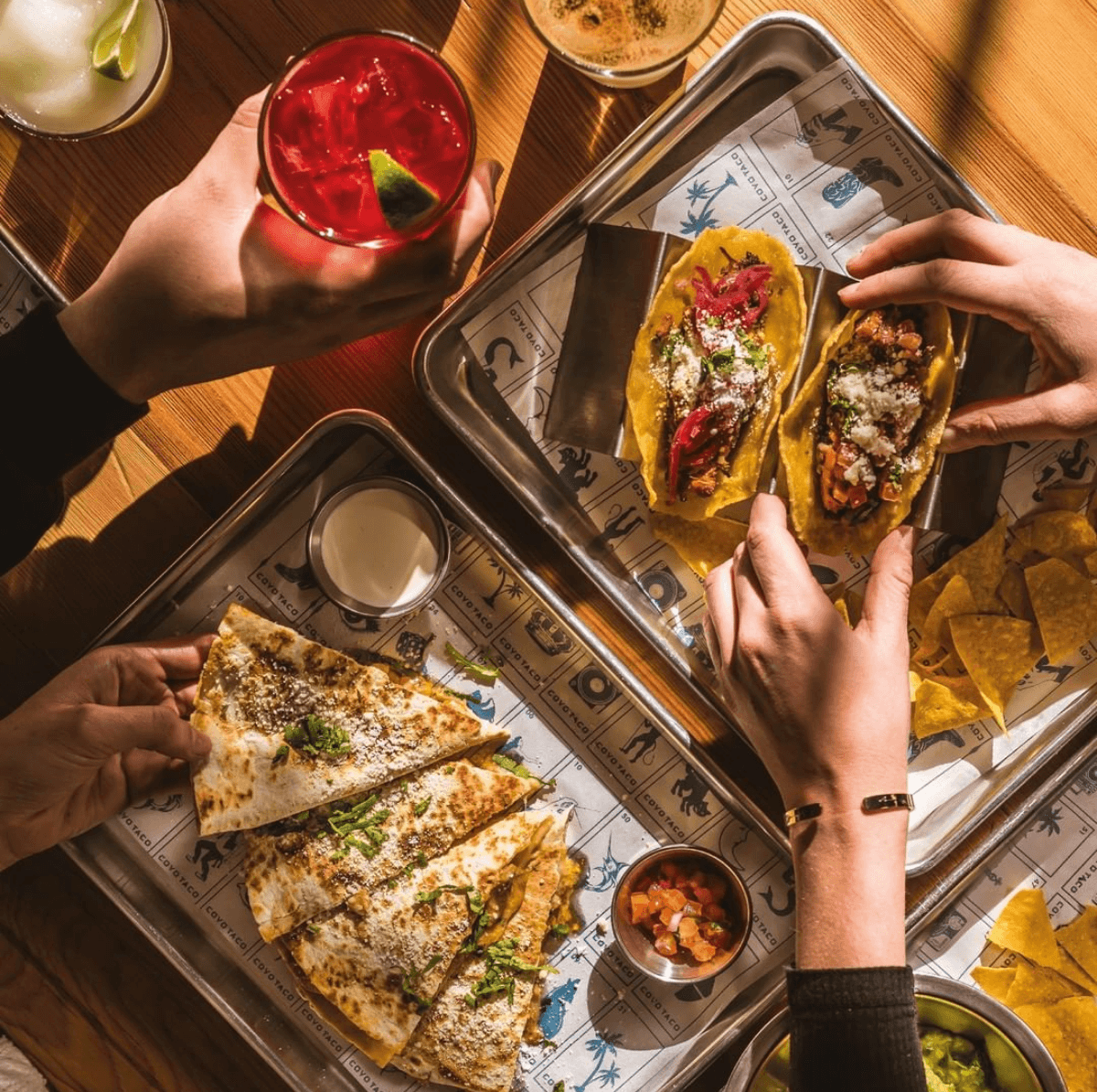 I’ve spent the past ten weeks at my parents’ house in Lisbon so I wouldn’t go insane in my tiny studio in London. I am a huge foodie and no matter how amazingly my dad cooks (and I should say it’s Michelin quality) there was something missing in my life. As soon as the government gave green light for restaurants to open I had to go try my luck - called my best friend and she almost yelled at me ‘YES’.

I was so excited, I put on a full face of make-up. Woke up my mascara and foundation from their weeks of slumber and chose a bold lipstick as the cherry on top. This was my first rookie mistake. Soon realised I had spent way too much time enjoying this and the minutes had gone by, I was about to be late. Grabbed my bag, got my jacket, ran down the stairs, ran back up the stairs mentally yelling ‘Mask! Mask!’, and got out of the house.

I picked up my friend and to the restaurant we went. We wanted something fun that you could not experience at home. We are huge fans of anything tapas style, so we can try a lot of different things and share and discuss the food but wondered if that was the wisest option when we are still recovering from a pandemic, given the virus is highly spreadable through saliva…

Will this be the end of ‘can I have a bite’?

This thought is heartbreaking to me. We compromised on a Mexican restaurant where you can choose various little tacos, a place called Coyo Taco. And this is not just any restaurant, this happens to be Obama’s favourite restaurant in Miami that recently opened in Lisbon. We thought it was reason enough to make it our first night out - we stand by our choice.

Coyo Taco doesn’t usually allow reservations but during this time it’s a requirement. We told the waiter outside we had booked a table and he went to disinfect it. When entering a restaurant you are now required to put on a protective mask until you sit at your table. This was when I realised I would soon have an imprint of my lips on the mask, I closed my eyes and grinned, annoyed at myself - forgo lipstick during corona, girls, it’s a friendly reminder.

From here on the meal went unperturbed, it felt almost as if we had travelled two months back in time, nothing had happened and I was just there having dinner with my best friend as we do when I’m in town. Of course that is if you could ignore the masked waiter, the laminated menu you were not allowed to touch, only glance over weirdly from your seat, some tables saying ‘do not sit’ and the half empty space.

As for the food, I don’t think I can give you an objective report on it. It was just so good, the environment, the company, different flavors I hadn’t tasted in forever…

But I will try: We decided to risk it and share guacamole with tortillas, because how could we not? We carefully slid bits of avocado into each totopo making sure we wouldn’t spill back in the bowl that which was already our territory and banned double dipping. We felt it was the sensible decision. This is not a traditional and authentic Mexican restaurant, I would say it has been altered to pleasure our Mediterranean palate, but the guacamole was very good, better than most out there and the tortillas were just so dry and crisp it was the perfect combination.

We then each ordered two tacos, we got the same, so we could still share the food in a way. The Pescado and the Hongos tacos, meaning fish and mushrooms. I am probably biased by the situation, but the fish taco was amazing! A fillet of seabass with crispy skin in a bed of crunchy vegetables, avocado and a lemony mayonnaise - with the occasional cheeky chilly - heaven. The mushroom taco wasn’t life changing… maybe I can still be a bit objective after all.

After eating, the weather called for it, so we sat outside at a bar and had a glass of wine - this might have been my second rookie mistake, I had not had a drink in more than two months, I was floating on clouds after that glass of wine (plus the other one that went down with dinner - oops).

Overall, I felt safe and most importantly I felt happy, as I hadn’t in a while. All establishments were taking the rightful precautions, we did not interact unmasked with anyone outside the two of us and I want to believe the food and drinks were prepared mindfully. We need to go back to life somehow, bit by bit however we feel most comfortable, restaurants are businesses that are in dire need of clients. I am not urging everyone to go eat out, but I am saying this was my choice right now and it felt great. I was in restaurant withdrawal, and now I feel better, but I’m still recovering.