Where to Have Your Parisian Picnics 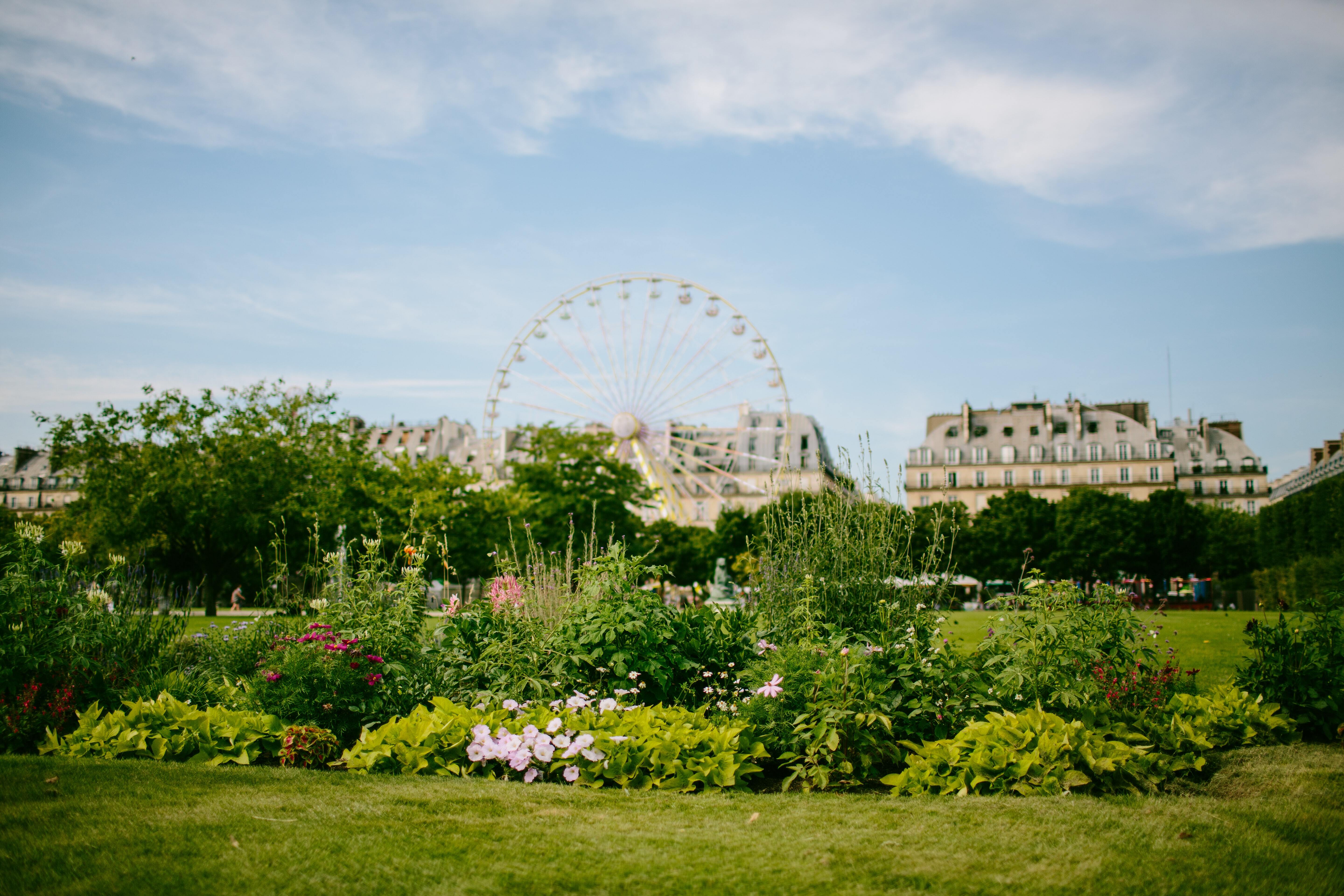 There’s nothing more Parisian than buying a baguette at Monoprix and pairing it with a 3 euro bottle of wine to take to the park. If you’re feeling adventurous, you’ll pair it with some fresh fruit, cheesy dips and perhaps some charcuterie for a light weight lunch.

But amidst this food craze remains one essential question. Which Parisian park should one choose?

‍The most obvious (albeit naive) option is to head to the Eiffel tower’s strip of grass known as Champ de Mars. The instagrammable potential drives hundreds of tourists there every day, more concerned with the perfect shot than in savouring the ridiculously cheap and good wine they just bought. Or should I say haven’t bought, since the nearest supermarket to the Eiffel tower is probably the G20 in Rue Saint Dominique - unless you’re willing to spare the extra money and buy wine off the street sellers. You can’t head to a café either because there are none in the nearby surroundings that face the tower which is quite bizarre - surely a missed business opportunity.

Sadly, I find the surrounding areas of the Eiffel Tower to be too crowded and even dirty compared to the rest of Paris’ green spaces. Although I have sat in Champ de Mars plenty of times, I would much rather go elsewhere, and so the following are all the places I would rather go to instead.

This park blew my mind.

Nestled amongst the north-east of the capital, Buttes-Chaumont is the central park of Paris. It sits on a sloped hill where Parisians sit and enjoy a good book during summer days whilst overlooking the city’s skyline. The park boasts of a waterfall, grotto and a very inclusive space for the little ones - making it the perfect spot for people of all ages and interests.

As the sun sets, the families leave the park and the young adults stay behind, getting slightly tipsy (but never drunk - the french don’t get drunk). Some then make their way to Rosa Bonheur, an LGBTQ+ bar at the peak of the park which bustles with energy at nightfall.

I recommend this place if you’re not keen on diverging from your touristic endeavours and are looking for some downtime.  I’m a serial park napper - I love a sleep under the sun during the summer days - and the Tuileries was one of my favourite spots to do just that.

Personally, I liked to settle near the Louvre right in front of the LouLou restaurant. It was always busy, but not crowded, with all sorts of interesting characters. From the 40 year olds celebrating a birthday picnic dressed in fancy cocktail attire to the young boy practicing football tricks with his blasting speakers. It’s the ideal place to people watch and to blend in!

‍I have mixed feelings about the Jardin de Luxembourg. It is incredibly well taken care of - which makes sense when you realise you are only allowed to sit on a small patch of grass and will get warned by the park guards if you sit elsewhere.

That being said, if you venture past the touristic bustle and head towards the tennis courts, you’ll find some chairs scattered about and a more quiet crowd of people reading a book under the shade. I highly recommend you join them.

Once out of the touristic bustle, the park has a certain elegance to it - which is why it’s made it onto this list in the first place. Think hummus and wine as opposed to cheetos and coke, if you know what I mean.

‍Countryside | Versailles | Best for those wanting to evade the city

If you’re willing to suffer the hour long train ride and a bit of a walk, the Petit Trianon will not disappoint. Students will not pay entry, but otherwise a fee or around 12EUR (depending on what package you chose) grants you entry to Marie Antoinette’s hideaway and her gardens.

They are incredibly contrasting to the Versailles Palace’s green space, which is ordered and organised through a series of avenues, all leading back to the main building. The Petit Trianon gardens, on the other hand, are what is known as an “english garden” which is much more organic in shape and vegetation. They house some beautiful and picturesque buildings, as well as the occasional grotto and hidden spot. In summer, expect to find some fresh orange stalls serving cold juice for a euro, and flowers in full bloom rendering the landscape a particular kind of beautiful.

‍Urban Park | 19ème arrondissement | Best for those interested in architecture

Tucked away to the north of the capital, this park is a local hangout spot, particularly during the summer months. With events happening in its vicinities, the park is particularly popular with the artsy crowd populating the northern Parisian suburb (which you should check out as well).

For anyone interested in architecture, the park is actually quite the highlight too. Designed by the Swiss architect Bernard Tschumi, it consists of three geometric systems superimposed to create a complex architectural experience. I'll spare you the tedious details and rambling, but essentially it's a pretty cool place.

So, now that you know, next time you’re in Paris make sure you schedule in some picnic downtime - there’s nothing more Parisian than taking some time to enjoy your surroundings - la joie de vivre ma chérie!