Taking a 1 hour train out of Copenhagen for a Clown Party? 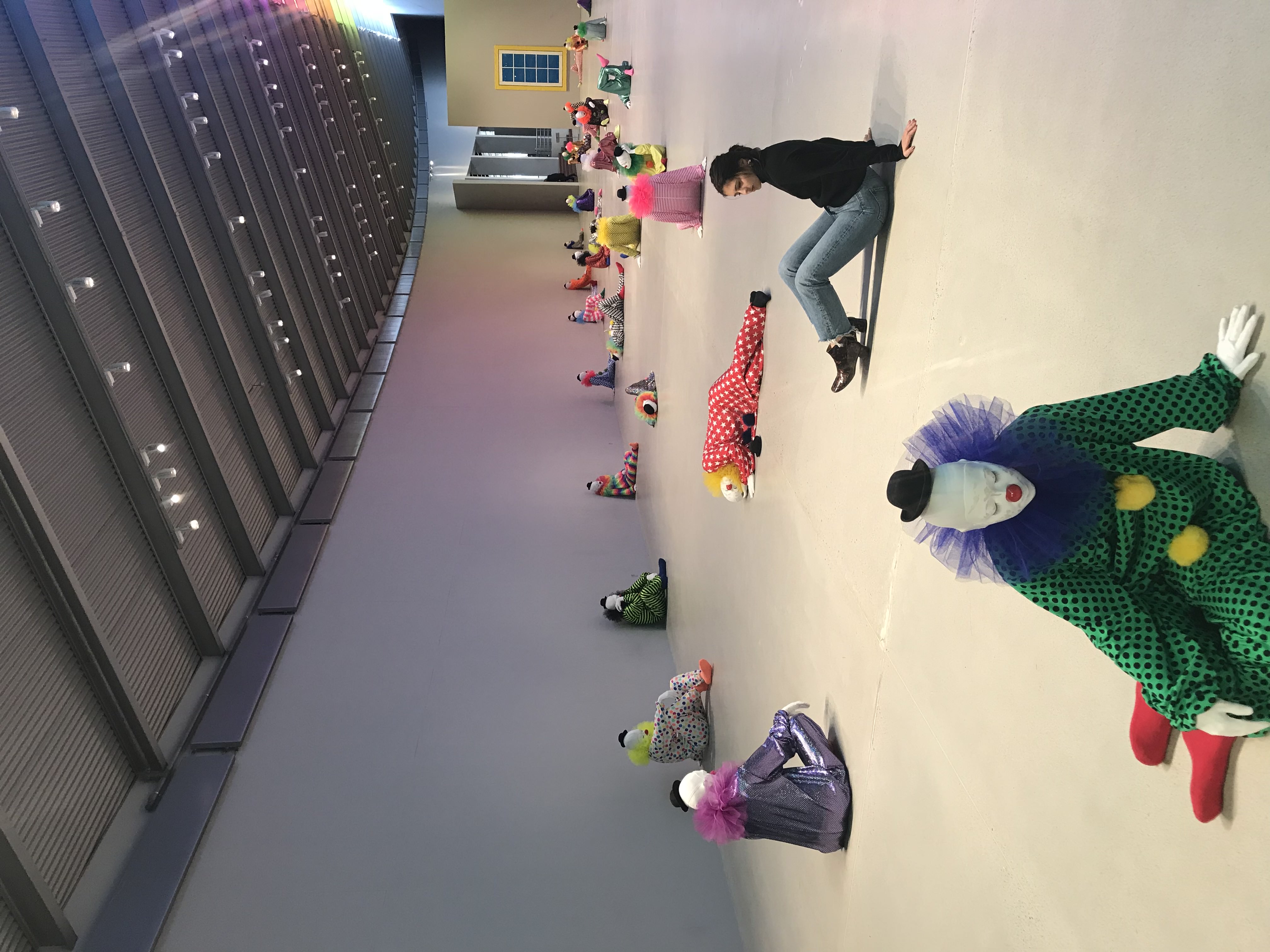 While on Erasmus in Budapest, I had the time of my life traveling around Europe and especially visiting my friends who were on Erasmus as well in other countries. One of my best friends spent 6 months in none other than Copenhagen. While she was on a break period, I flew over and stayed with her for a week ‘hyggeing’ my way around town.

Now, bear in mind that we were both students, which is synonym to low budget, in, again, none other than Copenhagen. I will warn you in advance, it is expensive, and you are not expecting how much, at least us Southern Europeans weren’t… I shed a tear the first time I spent almost 15€ on breakfast that consisted of a cinnamon roll and a soy latte. But don’t skip the cinnamon rolls on any circumstance, no matter how expensive they can be. Nevertheless, the city has loads of low-budget options of things to do. Where you end up spending more is definitely on food - we ended up going to a lot of food markets like Torvehallerne and enjoying lunch menus that are more budget-friendly, while having dinners at home and going out for just a drink.

A great inexpensive activity is going museum and gallery hopping. Most museums have days or slots of time when they are free or have reduced fees, especially if you are a student or under 30. Just check out their websites. We decided to go to one of Copenhagen’s newest museums, called Arken Museum of Modern Art, that had an appealing student discount and was said to be memorable. The thing is, I don’t know exactly why we set ourselves on this adventure, because the museum was not in Copenhagen but in Ishøj.

We got to a train station and bought tickets for Ishøj, thank god my friend already knew the system and spoke a few words of Danish, because their train system is not in English - catching a train in a new city is always a bit of a challenge, and even when you board, you are still praying it is not taking you in the opposite direction.

Words in Danish are not read in any way similarly to English, consonants adopt new phonetics and vowels enjoy having strokes slashing them in half to form unimaginable sounds. Ishøj is somehow pronounced Issshóí, ‘I’ as in ‘Italy’. I barely speak ‘conductor’ in London, never mind in Denmark. Google maps will become your best friend to track your location and know where to disembark the train. After disembarking, the true challenge arises: A few houses, something that looks like a shopping centre and green fields all around. Solution? Google maps again! But the plot thickens: data connection is scarce.

You find the route, houses start getting fewer and smaller (for some reason) until you find yourself here and wonder: If I was to be kidnapped in Denmark, it would be here, as the sun plunges into the fields.

You keep walking and this is all you see. It is beautiful but far from reassuring. You doubt yourself and you doubt Google Maps.

Until you see this in the distance…

The weird pointy building is an oasis in the middle of the desert. What a sight! Who’d say a museum could be an entire island?

And the art oasis continues inside.

The only other places where I have seen such a collection of modern art, were in the middle of bustling cities, like the Tate Modern, Guggenheim or the Stedelijk in Amsterdam, which fuss and stress muffle the art, not letting it breathe. There is too much happening, too much to see and an imminent dinner reservation it took you too long to get - not here.

At the time, the main collection happened to be a Van Gogh retrospective and a subsequent exhibition entitled Starry Nights inspired by the dutch master, on human interaction with nature, plus numerous other contemporary pieces that were scattered around the space.

If you know anything about Contemporary art you will recognize this cow in gelatin and know how much one of these babies costs - fyi it’s a lot - and this is still in the café area before you even enter the exhibition.

The retrospective on Van Gogh was well laid out, as you entered a room with only his sketches and progressed through the finished work. I don’t remember ever seeing the studies for his final pieces before, it seemed his intrinsic naiveness and impulsiveness did not allow for such preparation. But Van Gogh is Van Gogh and what else can you really say about a display of his paintings without being redundant? It was great? Yes, it was amazing.

Apart from Van Gogh, one of the highlights was an exhibit on the visionary lifework of Danish artist Jens Ferdinand Willumsen in the field of painting. Willumsen was incredibly versatile having excelled as well in architecture, photography, sculpture and graphic design. I was unfamiliar with this painter but soon fell in love with his quirky saturated use of colour, tone layering and almost surreal settings. They stand out from afar. The pictures are bold and imposing, some looking as if they were unfinished, having the underpainting showing as if a sexy and enticing bra strap.

As this retrospective was only temporary, I later discovered there is a house museum solely dedicated to the artist in Frederikssund, one hour and a half away from Copenhagen, if you are willing to take a wilder adventure than ours. I truly recommend having a look at his work.

And the highlight of highlights was a clown party I briefly entered, whose artist’s name I don’t remember  (searched the internet but was ill equipped with descriptive words and found the weirdest videos and events when typing ‘sad clown party Arken/ Copenhagen’). I later took to Instagram, because life happens on Instagram (how could I ever forget that), and found the exhibition belongs to Ugo Rondione and is called Vocabulary of Solitude. Here is a picture for reference. I don’t know if it was me entering or if they were already this blue before but I did not seem to brighten the mood, so I joined the gloom. (forgive my rhyming).

The museum not only houses works of art but is one in itself, which is a contagious thing for its surroundings. The windows frame the landscape as if they were photographs and the lack of any distraction in the mute plain walls, floors and ceilings throughout most of the museum allow for the space where a chair stands to become almost sculptural. You wonder if you should really sit or if it is part of the exhibition.

Arken is an experience. Not only an artistic and cultural experience but something else, you lose yourself and you think you’ve done it wrong, nevertheless you keep going and all of a sudden a white pyramid stands with wonders inside you never thought possible. It’s ironic the walls are white, as the whitespace outside allows you to so intently breathe in the inside, effortlessly.