The Least Basic Barcelona Archi-tour out There 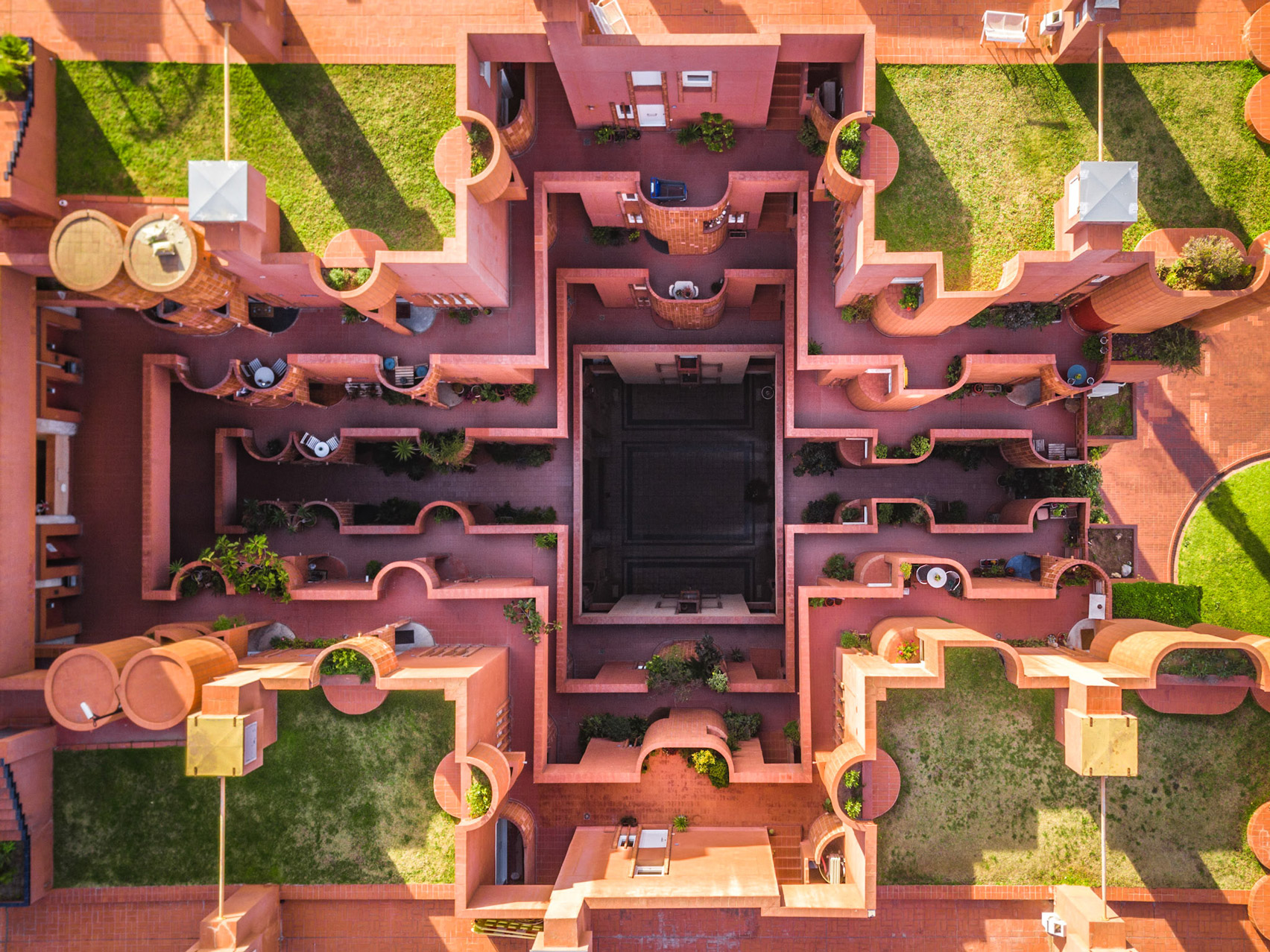 They say travelling with an architect results in a camera roll full of building details, pictures of materials and lots of incoherent architectural jargon - and they’re not wrong. As a semi-architect myself, I’m sure it can get quite annoying.

Whether you’re looking to appease a building geek friend of yours or you’re an architect yourself, I’ve spent a lovely summer’s day compiling this list especially for our fellow hynters out there.

So hop on board and I’ll take you around Barcelona, one building at a time.

How to use this Guide

If I were you, I would follow the list in its exact order, making sure you’ve read each stop’s succinct description so you’re well informed before your visit. From every different spot, you’ll start off with some basic information that should set the building into context.

Don’t worry, I have organised the tour with some designated lunch breaks at some pretty awesome bars and restaurants (your girl here’s gotcha). The only thing you have to do is figure out how you want to get to our first stop from wherever you are.

We’re starting off the day hot and ready with any architect’s personal favorite; La Fábrica.

Serving as both a private home and an office, this converted cement factory was bought by the renowned architect Fernando Bofill back in the 70s and was remodelled into a live-in art piece which often makes headlines in editorial architecture magazines. If this doesn’t ring a bell, perhaps you’ve seen pictures of it pop up on Finn Harries’ instagram, since he visited not too long ago and could not stop raving about it - understandably.

In order to repurpose what would otherwise be a ruin, around 60% of the structure was demolished whilst the remaining was left in its utmost raw state. At this point, Bofill faced the challenge of adapting the factory’s harsh brutalist shapes to suit the needs of a modern home. This is no easy feat; think of how hard it is to make something so big and brutal feel homely and welcoming, or how complicated it must be to furnish a space so vast and open.

Bofill decided to locate his office in the silos that remained standing, his home in the upper factory floors and created a large concrete cathedral-like space to host exhibitions. The gardens were treated with the same meticulous care, leaving the ruins of staircases leading nowhere as sculptures referencing the building’s past, and undergoing some very apparent landscaping design which is equally as impressive.

Due to the nature of the building, un-arranged visits are discouraged. The most appropriate option is to seek out architecture groups that intend to visit, or content yourself with appreciating the masterpiece from the outside. This may not sound too appealing, but you’ll be glad to know our next stop is just a street away so you are, technically, killing two birds with one stone.

From La Fábrica, walk down Avenida de la Indústria until you reach Walden 7.

The building’s peculiar name references B.F. Skinner’s science fiction novel, which in turn connotes a utopian society previously mentioned by Henri Tureau in his book; Walden. The project was envisioned as a coalition of engineering, psychology, philosophy and architecture by creating self-sufficient dwellings stacked vertically to form public spaces, streets and shops.

Not only does this building look chaotic from the outside but its economical journey was a total mayhem too. Its original budget was less than the average granted for social housing, which is probably the reason behind the many building faults that soon followed; leaks, cracks and humidity.

Walden 7 was the creation of a very utopic vision, something which radical “starchitects” love to try their hand at. Much like visiting Unité D’Habitation (that famous multi coloured building in Marseille), Walden 7 is an interesting and worthwhile stop to view the consequences and benefits of radical thinking. This being said, don’t forget theseis areis people’s homes you’re glimpsing at, so make sure you have permission to enter the premises, or else just admire from afar.

From Walden 7 take the T3 Tram to a stop called Maria Cristina.

What makes Roca Gallery interesting is not only it’s glass facade and low-rise volumes, but the way OAB architects have managed to convey Roca’s values and overall brand feel through architectural language.

The building itself is discreet but not boring. The design of its glass facade makes it an ever-changing experience, meaning the building feels and looks different depending on what time of day you’re looking at it. Once inside, the architecture is equally mesmerizing; it is a multi-sensory experience meant to be heard, felt and seen all at once.

Most of the time, Roca Gallery offers exhibitions and events (which you can check out here) that allow you to access the building without any inconveniences - unlike the buildings mentioned so far which usually require some planning ahead. The exhibitions tend to cover a variety of topics, but mostly focus on architecture and sustainable design.

Take the T3 tram from Les Corts all the way to Plaça Catalunya to get to Fábrica Moritz.

At this point you’re likely hungry, so what’s better than some cold beer and tapas at a building designed by none other than Mr. Jean Nouvel himself?

Fábica Moritz is home to one of Barcelona’s most famous and antique micro-breweries, nestled amongst 19th century old walls and contemporary accents. Old brewery posters colour the walls and the soft lighting is meant to evoke the foamy delight of well crafted beers.

It’s the perfect spot to take a break from the scorching hot weather - and in the most fashionable way!

From Fábrica Moritz, take the 120 bus from Riera Alta - Nou de Dulce all the way to Portal de la Pau.

We’ll be quick at this stop, but we simply had to visit Barcelona marina - it’s about time the tour took us near the sea! Located in Port Vell (which literally means old port in catalán), the marina’s most interesting feature is its special high tech cladding which provides protection from UV rays, winds and general marine environments. Take your time and walk about, as the marina consists in a series of seashore buildings which all follow the same architectural style.

One of its buildings known as The Gallery pretty much floats above the water, making use of space that could not otherwise be used to moor the boats. Talking about boats, this building’s inside looks and feels exactly like one.

If you’re desperately parched with the Spanish scorching sun, perhaps head over to Blue Wave - rumour has it it’s the best bar in the world (and no, no hyperbole here). The bar’s clever interior design uses a range of reflecting tiles to mimic a wave at breakpoint which has been featured in magazines such as AD, ArchDaily and Elle.